Just when you think you seen it all comes this little gem taken from the International Movement for the Banning of Live Export, or IMBLE, a closed group on Facebook who plan to change the world with their letter writing and general whingery. A closed group means only members can see what's being discussed. But we have our spies in there, more for a laugh thatn anything. But this one knocked us for six. 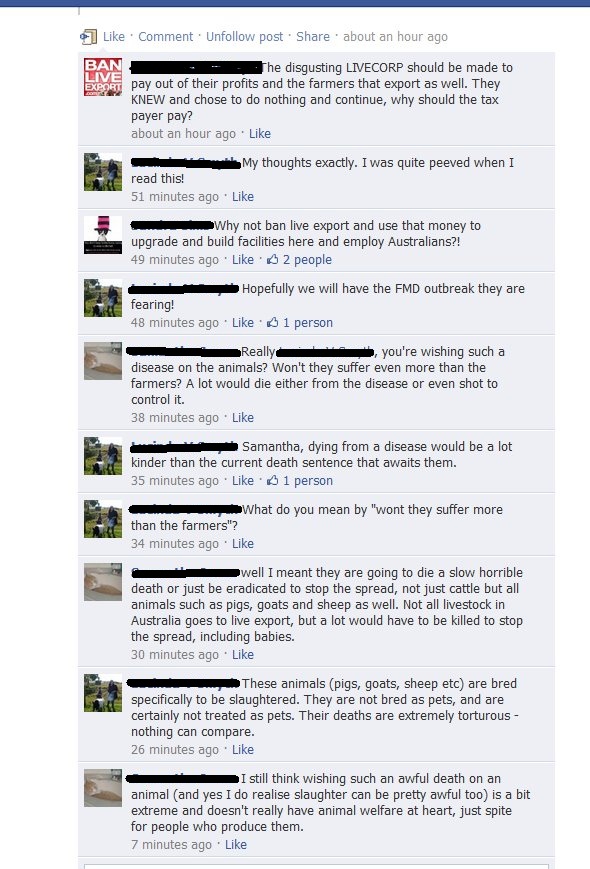 Apparently dieing from fever and ulcers is alot kinder than the slaughter house. Who knew? And burning piles of animal corpses are much better smelling than those stinking ships, trucks, abattoirs and feedlots. Of course, it's only one person's opinion, but it is scary what some people actually think, isn't it? God forbid it ever happens here.

Maybe they should rename the group International Movement for the Banning of Everything that Could Involve a Living Entity Slaughtered.